Green Tie Capital has established itself with the ambition to be a leader in investments, divestments, management and development for the full range of sustainable assets.

Focused on the essentials, and with extensive experience in the market, Green Tie Capital operates in solid investment options throughout Europe. 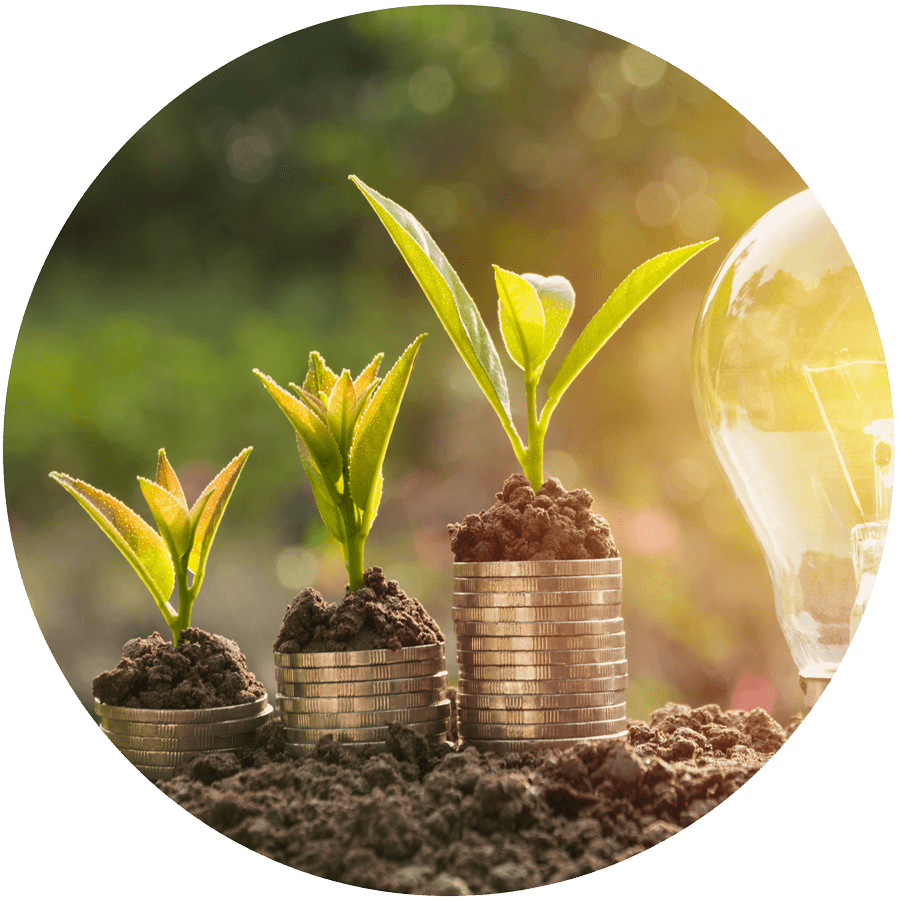 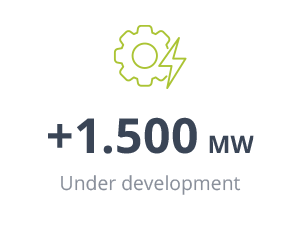 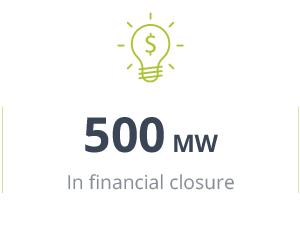 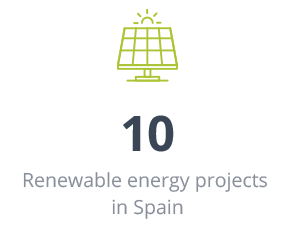 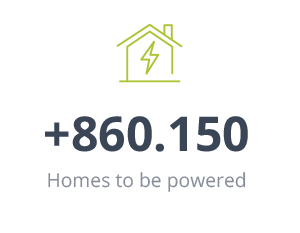 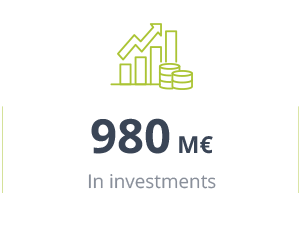 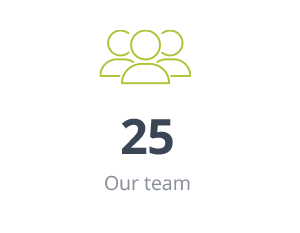 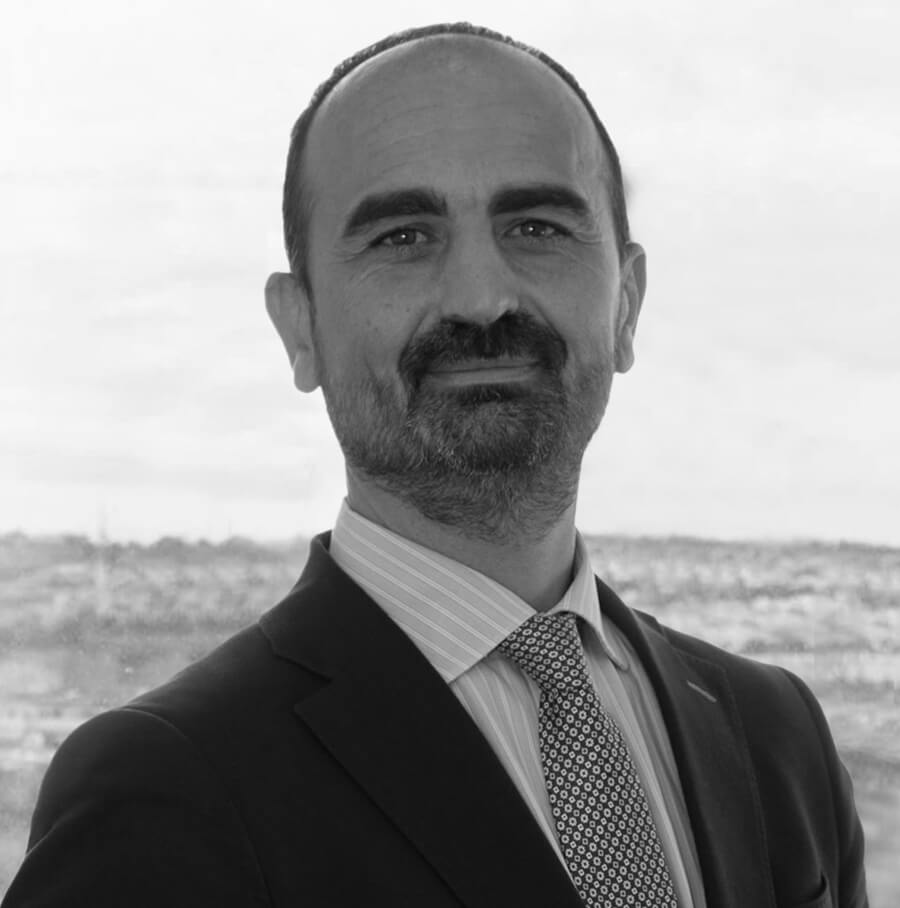 Founding Partner and Chairman of the Board of Directors

Alvaro is the Founding Partner and CEO of The Green Tie Capital, heading the Board of Directors.

Alvaro left Prodiel in 2019 (to found The Green Tie Capital) after several years of successfully leading its international expansion as Chief Business Development Officer, leveraging the Company from its start of 12 to the current 750 Million Euros in sales, being active in 16 countries and listed as 3rd EPC solar company worldwide.

In Prodiel, he also managed the project development team to solar plants in Chile, Colombia, Peru, Mexico, Australia and Spain, closing more than 1 GW between 2018 and 2019. From the scratch through PPA Public tenders, Alvaro has led the closing and sold out to different investor after COD.

Previously, he has been the main responsible to the assets’ investment and large transactions into the renewable sector as CEO of Kubic Global. From 2008 to 2012, he completed more than 500 million transactions in renewable projects. In all of them, Alvaro has participated in the development, structuring and construction. Platina Partner, Macquarie, EGP between others were some of the infrastructure funds or utilities with whom he has closely collaborated.

Into the TICs sector, Alvaro also was a founding member of Genera Group, where he was the Investment Director and General Manager of new companies.

Alvaro holds a BA in Business Administration from the University of Seville and UOC. 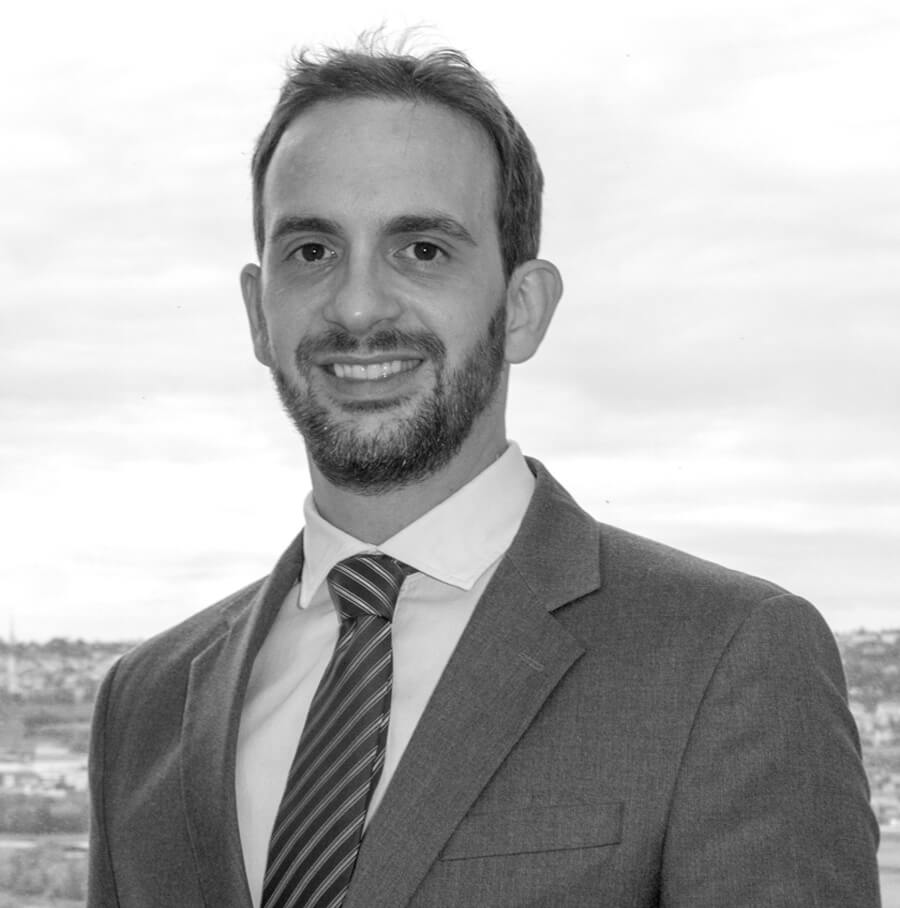 Breno is Partner and Managing Director of The Green Tie Capital, being also a member of the Board of Directors.

In this role, Breno is responsible for managing the overall Company’s P&L, the implementation of the investment’s strategy, origination of new businesses, and shaping the various portfolio and funds managed by The Green Tie Capital. He contributes extensive experience acquired during 10+ years in renewable energy and infrastructure projects.

Prior to The Green Tie Capital, he has been at Prodiel as the Business Development Director to Chile and Mexico, and lastly as its Chief Business Development Officer based in Seville - leading the EPC business team globally on positioning the Company as 3rd EPC solar company worldwide. He was responsible on closing main EPC Contracts of more than 3 GW in aggregate in all Continents, supporting also large-scale transaction on selling 1 GW in Spain of PV projects.

From 2012 to 2015, Breno took the role of Contracts and Risk Area Manager to South America at Abeinsa Business Development based in Rio de Janeiro, leading the award of over USD 2 Billions on Concessions projects in Energy and Water (IPPs).

Breno holds a MSc of Electric Power Industry from the Universidad Pontificia Comillas (Spain), MSc of Engineering and Policy Analysis of Technological University of Delft (Netherlands), and a Masters in Electrical Engineering of Federal University of Santa Maria (Brazil). 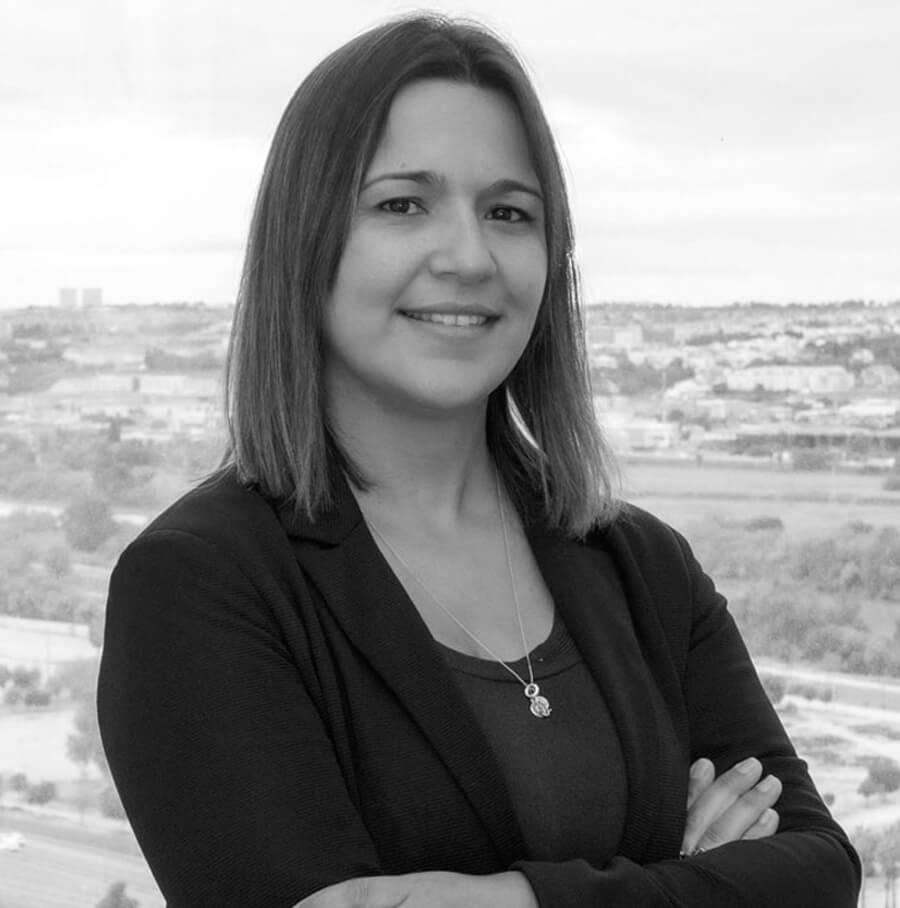 Partner and Director of Development

Victoria is Partner and Director of Development of The Green Tie Capital, acting also as a member of the Board of Directors.

Victoria takes responsibility for the management and execution of all administrative permits, authorizations and licenses of renewable, the coordination of all actions and relationships with regulators, governments and other public entities, and the consultancy to The Green Tie Capital’s clients in the technical and administrative Due Diligence. She has large experience by 10 years in renewable energy projects.

Victoria holds BA in Industrial Engineering from the Engineering Technical School of Seville (Spain) and Postgraduate in Economic Sciences from Autonomic University of Madrid (Spain).

Secretary of the Board of Directors and Independent Legal Counsel

Matias is the Secretary of the Board of Directors of The Green Tie Capital, also leading the external legal advisors' team.

In this role, Matias is responsible for the legal department and compliance of the Company, ensuring the legal consistency across the ordinary activity of the The Green Tie Capital and all its projects. He contributes extensive experience acquired during 13 years in various infrastructure projects and transactions.

Prior to The Green Tie Capital, he has been Principal Associate at “J&A Garrigues, S.L.P.”, responsible of Energy & Renewable M&A Department in the office of Garrigues in Seville, where he got a broad expertise in corporate matters, M&A and corporate transactions and providing recurring advice to different players in the fields of renewable energy, energy efficiency and sustainability.

Matias holds BA of Law from the University of Seville (Spain) and Master in Law (LL.M.) by IE Business School (Spain).

Javier is in charge to give independent advices about all tax-related issues to The Green Tie Capital, providing deep expertise to its operations.

He has an extensive experience as a tax and legal advisor of infrastructure investments at Garrigues and previously Uria Menéndez, for a total of 13 years.

Before that, Javier was involved in two of the mayor finantial institutions of Spain, Banco Santander and La Caixa, as a Risk Analyst.

Javier has also experience in developing new products on the insurance sector while he was involved in Helvetia Insurance.

He has double Degree in Law and Business Administration, both in Pablo Olavide University (Spain), complemented with a Master in Linköping University (Sweden). 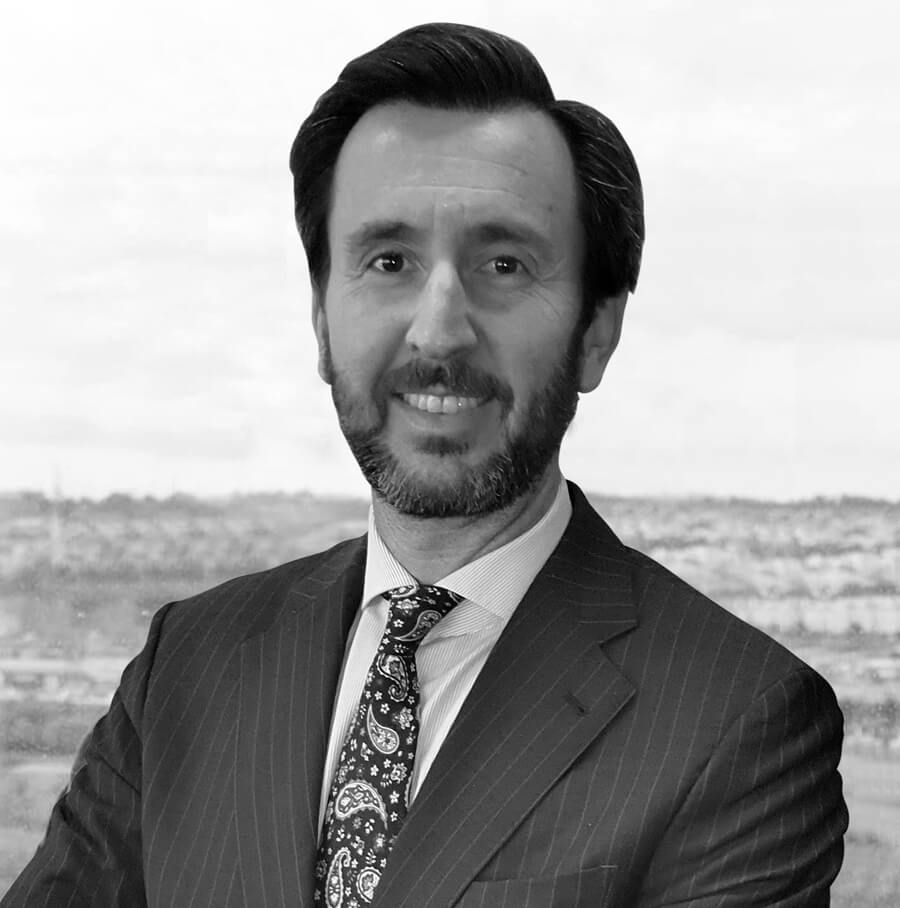 Jon is responsible to give independent advices about general Litigation, Mediation, and Arbitration procedures to The Green Tie Capital.

Jon has over 14 years’ experience in Garrigues, with core expertise to insurance law, resolution of contracts, execution of litigations, and participation in arbitrations in all its phases (from agreement to the enforcements).

Jon has a wide experience in legal matters of the insurance sector, being involved as Lawer in Morera Vallejo Group, Beazley and Marine Aviation & General.

Jon holds a Degree in Law in Pablo Olavide University (Spain) where he also is an associate teacher in the Master in Law. 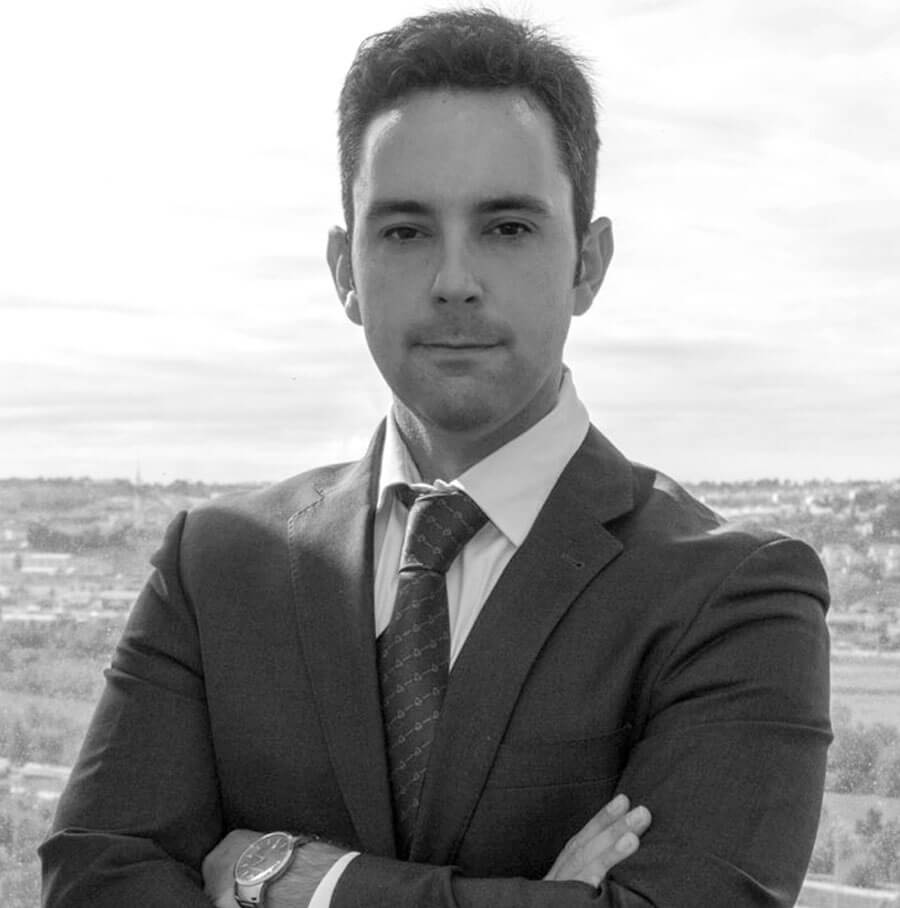 Javier is the Structured Finance and M&A Director of The Green Tie Capital.

In this role, Javier is responsible for financial structuring of the projects, M&A management in the buy and sell side and PPA contracts negotiation and implementation.

Prior to The Green Tie Capital, Javier has been working in Canadian Solar as Project Finance and M&A Sr. Manager participating in +2GW transactions in Latin-America, Elecnor, Alcazar Energy and Abengoa as Investment Professional across Americas, Europe and Middle East based in Madrid and Dubai.

Javier has a bachelor’s degree of Business Administration from the University of Seville and holds a Master’s Degree in Financial Management from Cajasol Business School. 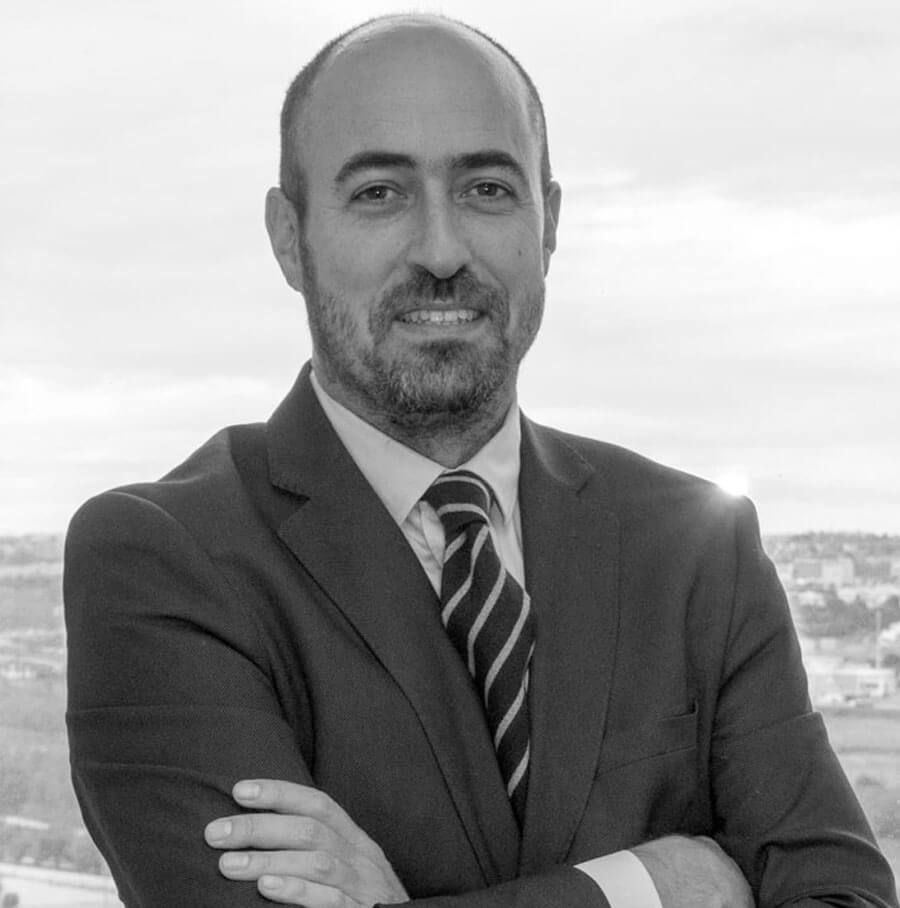 Manuel is responsible for the technical department, providing technical and construction expertise to project development and structuring of new business.

He has more than 15 years’ experience working worldwide in international projects within the energy sector.

Manuel holds BA in Industrial Engineering from the University of Seville (Spain) and PDDA from Loyola Leadership School (Spain). 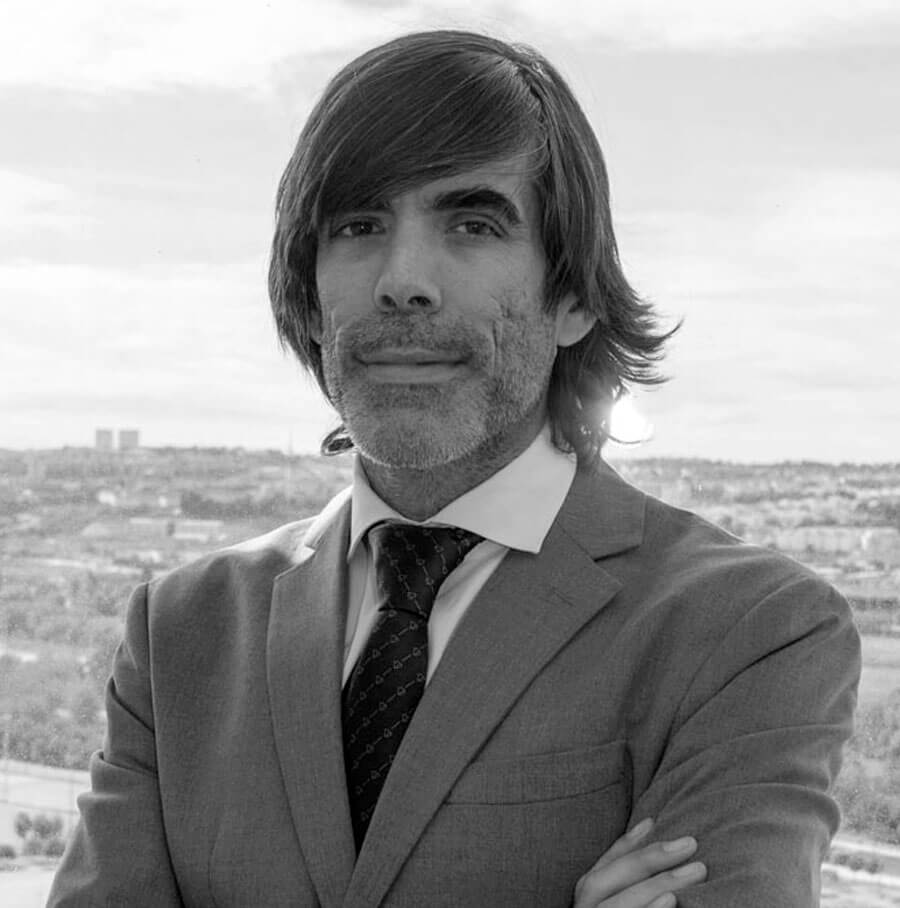 Sérgio is in charge for managing all the project development activities of The Green Tie Capital’s portfolio, from green-field to read-to-build stages, with more than 14 years’ experience into the renewable sector.

Before joining The Green Tie Capital, he has been the QA/QC & EHS Manager at Jinko Solar based in Seville, leading all the technical and developing activities to more than 500 MW of solar projects in Europe.

Sergio has a BA in Forestry Engineering from the University of Cordoba (Spain) and a Master in Project Management from Esden Business School of Madrid (Spain). 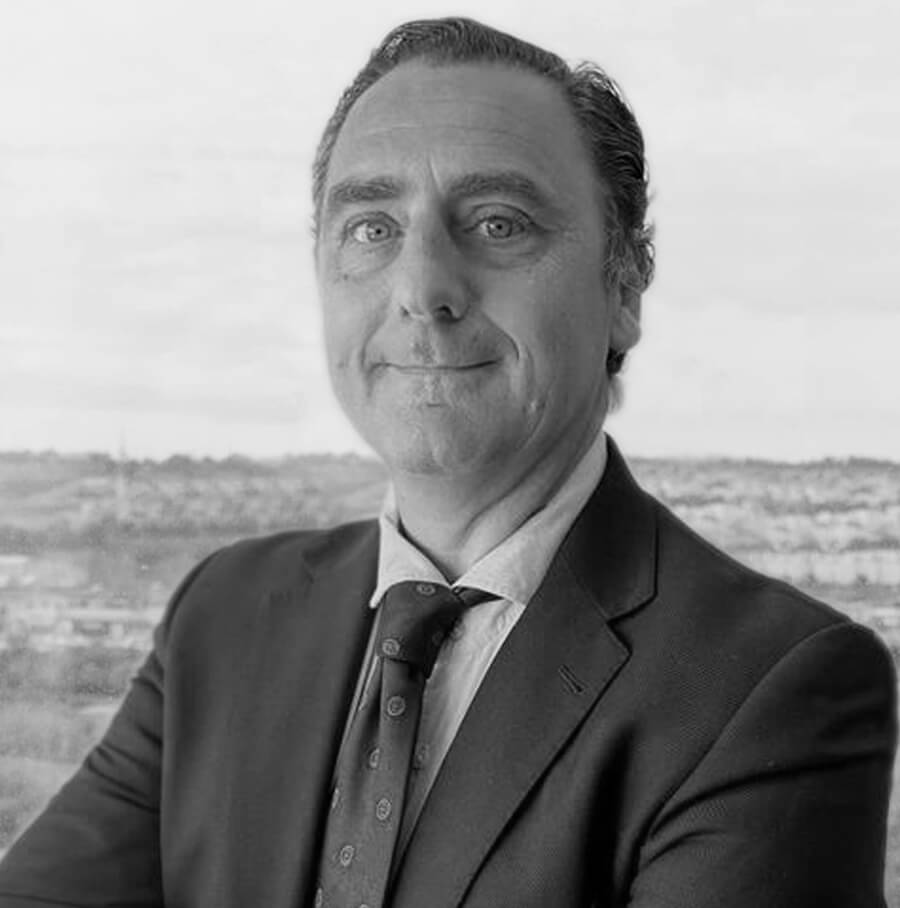 Julian is responsible to the Site and Institutional Relations department, bringing deep experience to negotiations and closing of land agreements to the projects, as well leading the institutional actions of The Green Tie Capital.

With more than 16 years’ experience, before joining The Green Tie Capital Julian has been the Site and Institutional Relation Manager of Prodiel, Business Development Manager of Energía Plus, and Site and Project Manager of Kubic Global. 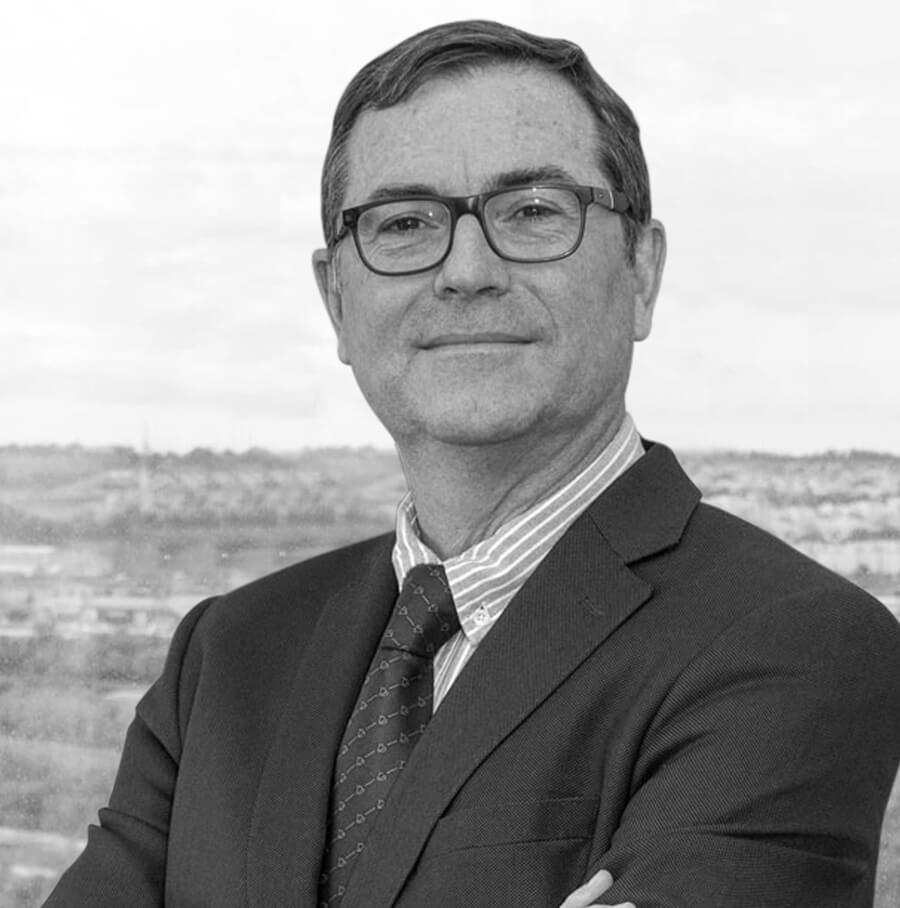 With a degree in Business by the Seville University (Spain), his professional development is mainly related to sectors of Construction and Engineering, working in reference companies as Prodiel, Steag, and Grupo Rusvel. 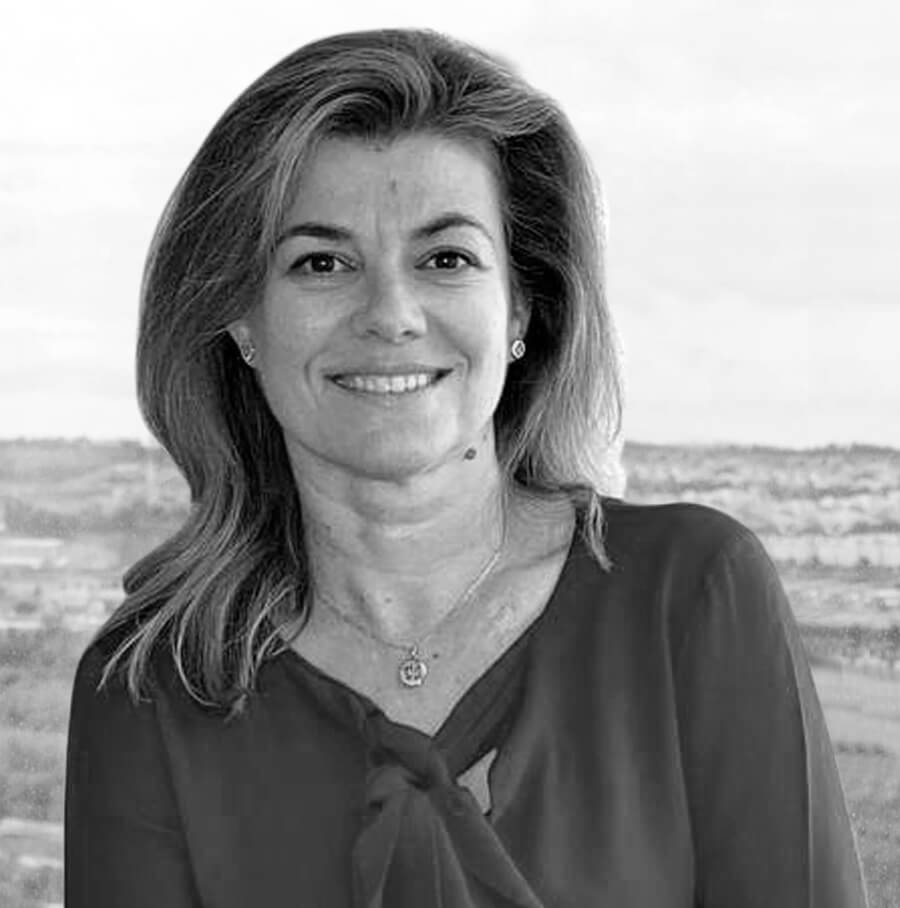 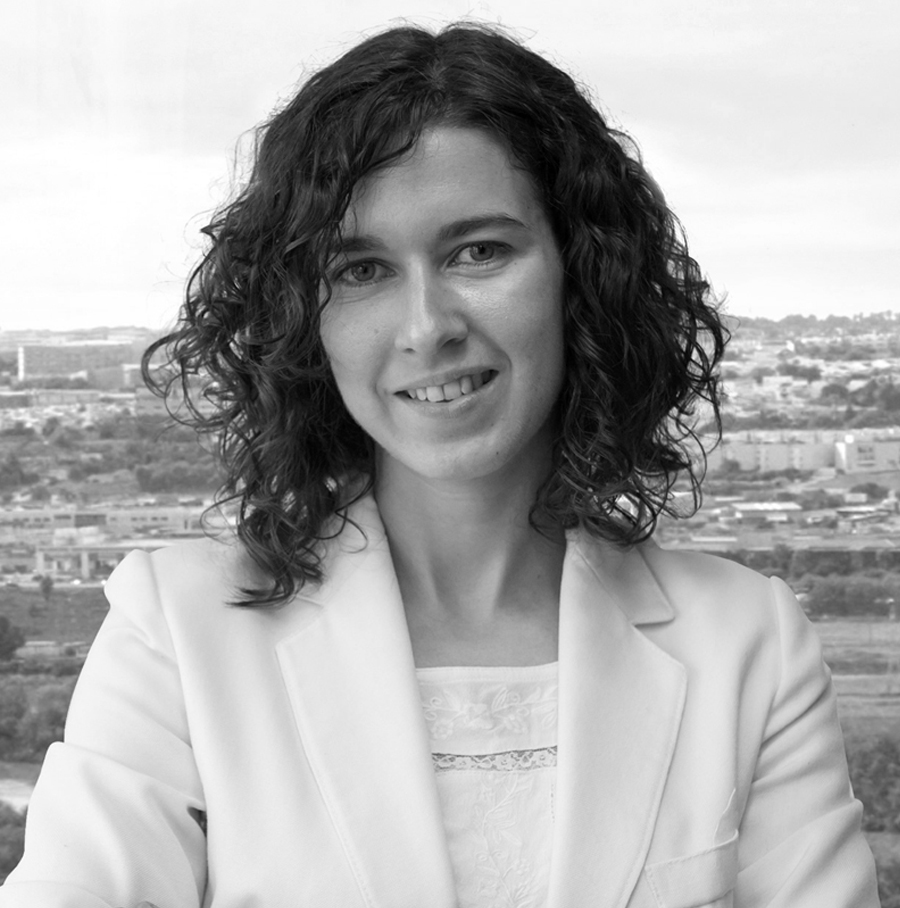 Elena is responsible for leading the project development activities of The Green Tie Capital’s portfolio in Madrid region (Spain), from greenfield until read-to-build stages. 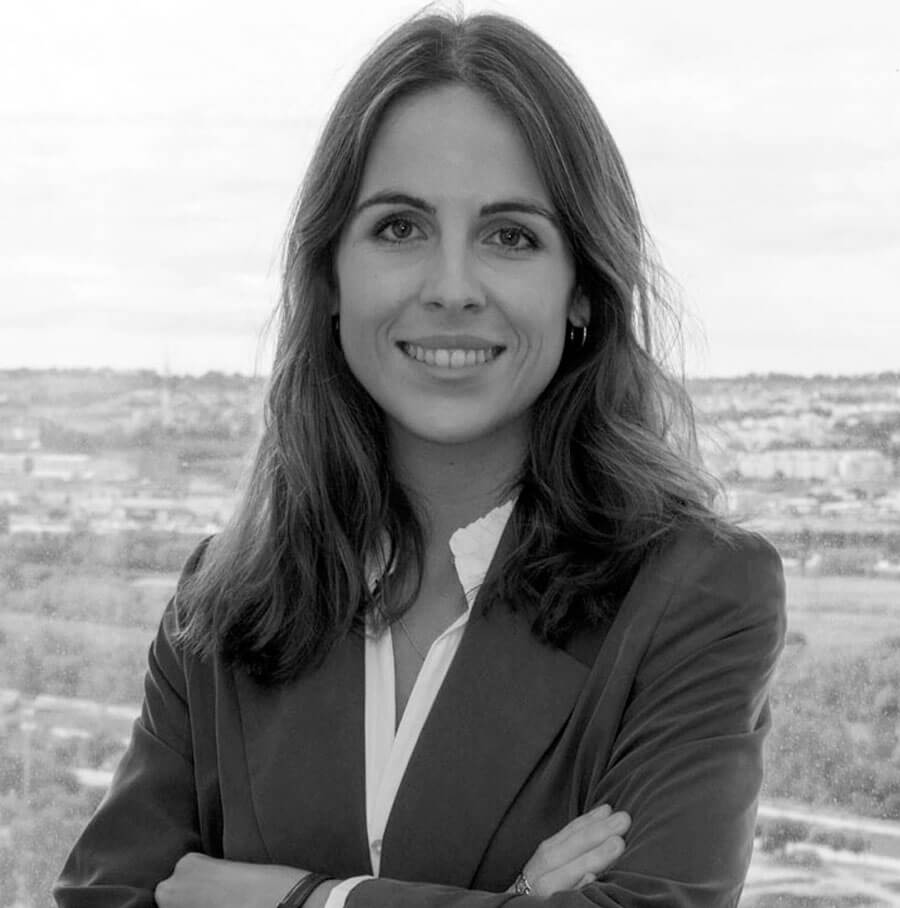 Celia is responsible for leading the project development activities of The Green Tie Capital’s portfolio in Andalucía region (Spain), from greenfield until read-to-build stages.

he holds a BA in Mechanical Engineering from the Aarhus University of Engineering (Denmark) and a Master in Renewable Energies from TU Chemnitz (Germany). 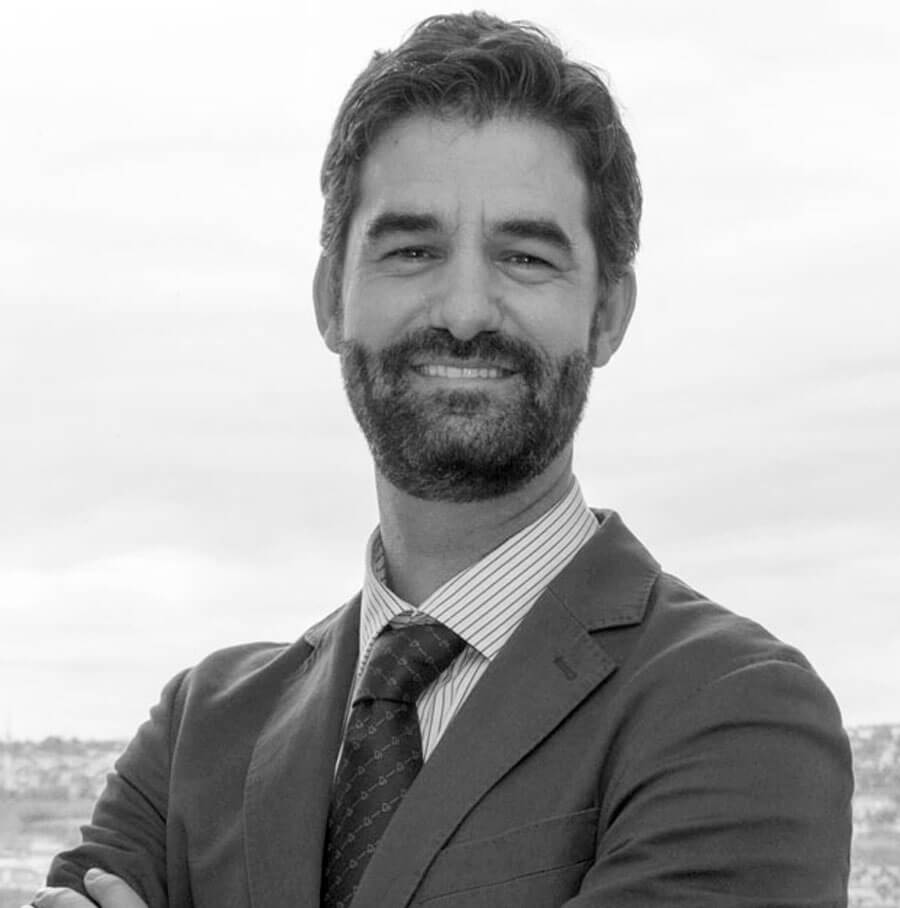 Rafael is the Senior Technician in the Technical Department of The Green Tie Capital, with large experience to projects’ engineering.

He has more than 12 years’ experience working in several roles related to thew engineering and renewable energies.

Before joining The Green Tie Capital, he worked as responsible to engineering at Bester to the Spanish and South American markets, in Abengoa Solar developing termosolar projects and as responsible of electrical maintenance of R&D units.

Rafael has B.A. in Industrial Engineering by the Navarra University (Spain) and an MBA by the Escuela de Organización Industrial (EOI, Spain).

This website uses cookies to improve your experience while you navigate through the website. Out of these cookies, the cookies that are categorized as necessary are stored on your browser as they are essential for the working of basic functionalities of the website. We also use third-party cookies that help us analyze and understand how you use this website. These cookies will be stored in your browser only with your consent. You also have the option to opt-out of these cookies. But opting out of some of these cookies may have an effect on your browsing experience.
Necessary Always Enabled
Necessary cookies are absolutely essential for the website to function properly. This category only includes cookies that ensures basic functionalities and security features of the website. These cookies do not store any personal information.
Non-necessary
Any cookies that may not be particularly necessary for the website to function and is used specifically to collect user personal data via analytics, ads, other embedded contents are termed as non-necessary cookies. It is mandatory to procure user consent prior to running these cookies on your website.
SAVE & ACCEPT